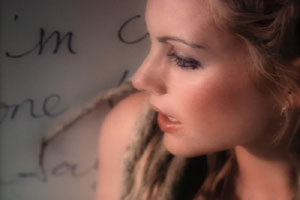 Like Minded Media co-produced and managed the post production for Vancouver musician Jessie Farrell's first music video. The music video for her debut song "Don't Even Try," explores the link between Jessie's lyrics in her music and her personal relationships. Director Tara Hungerford brought Jessie's words to life by having her write lyrics on the walls of her apartment throughout the video. Jessie's true passion for her words becomes clear as the writing intensifies. Other on screen images explore Jessie's personal relationships with both her love interest, and with her close friends. Shot on the roof of a building in the historic Gastown district, the video successful captures the mood and beauty of Vancouver at night.